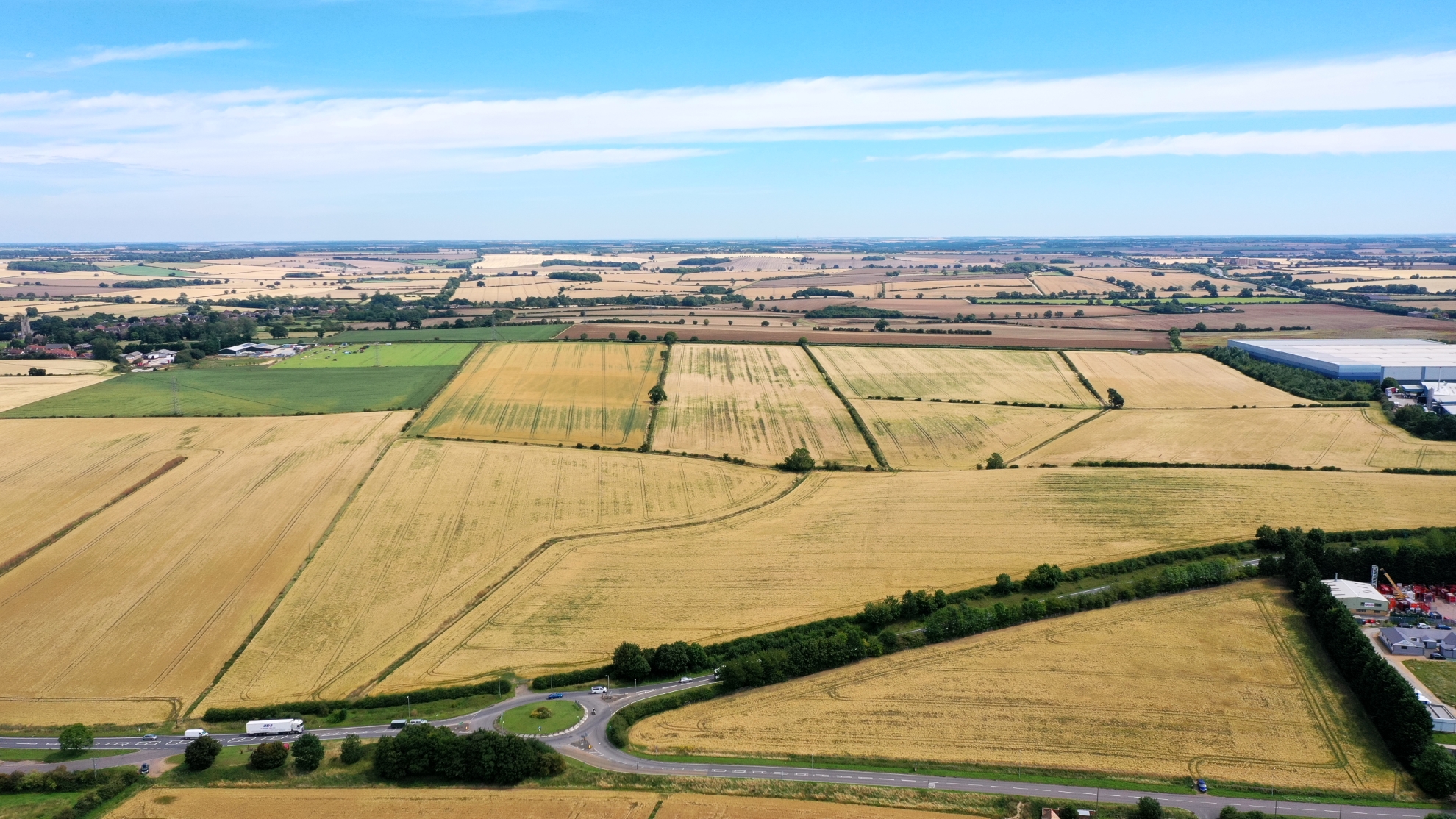 Plans submitted for huge business park between Thrapston and Titchmarsh

The site is on church-owned land

Campaigners in an east Northants village are ready to oppose a planning application that has been submitted to North Northamptonshire Council (NNC) for a 120-acre business park near their homes.

Planning permission is being sought for glebe land to provide a new facility for Thrapston-based DSV off the A605 between Titchmarsh and Thrapston, an extension to Haldens Parkway.

The farmland site could see fields the equivalent to 60 football pitches developed by Birmingham-based IM Properties to provide a new home for global transport and logistics company DSV.

IM Properties say the DSV site would employ more than 750 permanent staff, including about 200 members of its existing staff who live locally. The remainder of the development could create an additional 1,350 jobs across manufacturing, light industrial and logistics.

Kevin Shapland, chairman of action group STAUNCH (Save Titchmarsh and Upper Nene Countryside and Habitats), has called on residents to object.

He said: “I’m really confident that the local authority will turn it down. I don’t know how they can pass these, it’s not in the local plan.

“Lorries using the site won’t use the A14 and A1 to get to Peterborough, they will put it in their satnav and see that it’s 16.2 miles shorter on the A605. That’s a saving of two gallons of fuel. What will the drivers do? They say there will be 2,100 jobs – we can’t fill the vacancies we have at the moment. People are being bussed in already. It’s got out of hand.”

This article first appeared in the Northants Telegraph on Wednesday 8th June, 2022

Read the rest of the article here »