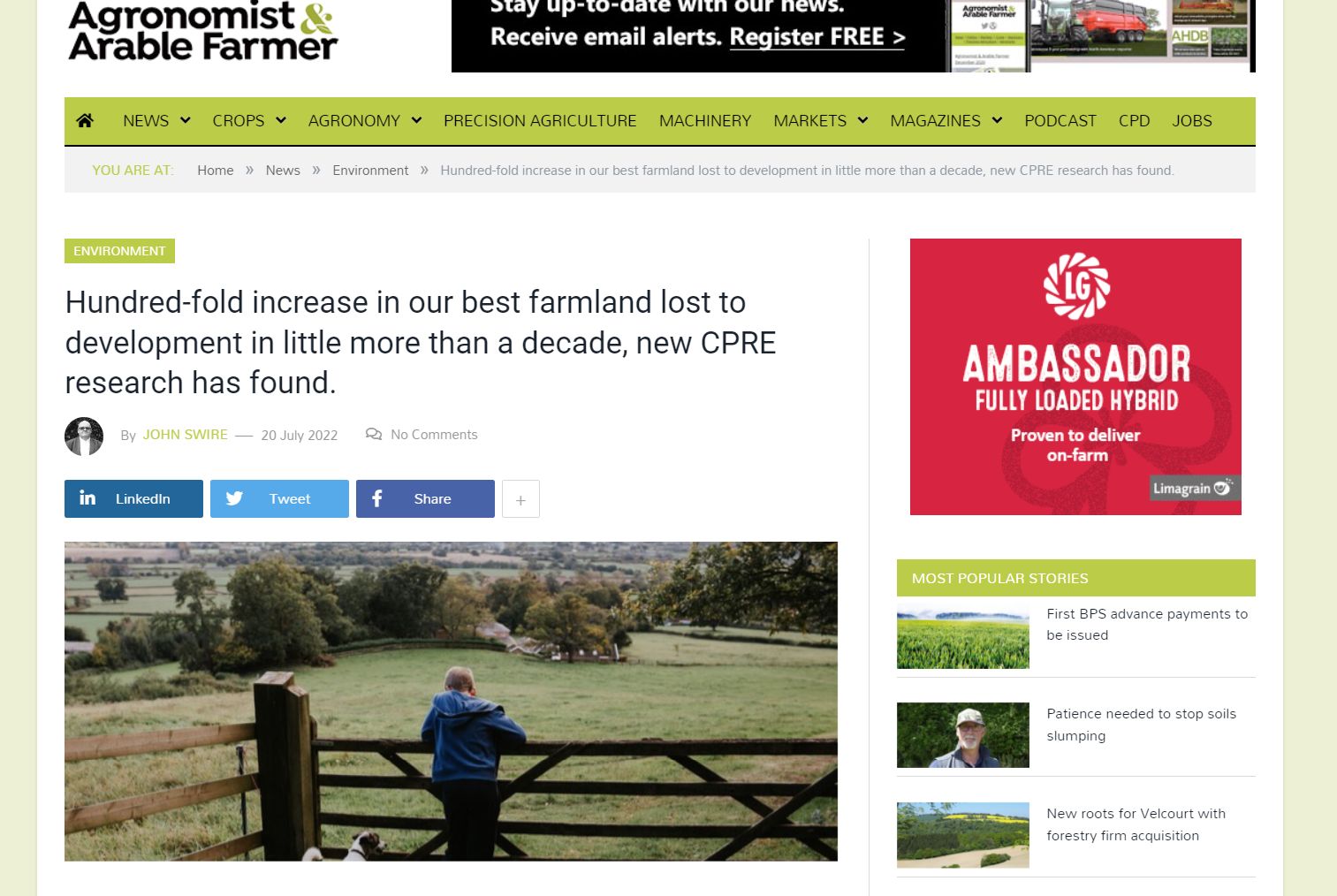 New research from the CPRE has found almost 14,500 hectares of the country’s best agricultural land, which could grow at least 250,000 tonnes of vegetables a year, has been permanently lost to development in just 12 years. This is enough to feed the combined populations of Liverpool, Manchester and Sheffield their recommended five-a-day fruit and vegetables.

There was a huge rise in high quality – known as Best and Most Versatile (BMV) – agricultural land set aside for housing and industry between 2010 and 2022, from 60 hectares to more than 6,000 hectares per year. As a result, almost 300,000 homes were built on more than 8,000 hectares of prime farmland in that time. Yet our previous research has shown there is space for 1.3 million homes on previously developed brownfield land, much of it in areas of the midlands and north most in need of regeneration.

On top of this, our research also reveals that an increased risk of severe flooding caused by climate change will further challenge our food security. More than 200,000 hectares – or 60% – of England’s finest Grade 1 agricultural land is within areas at the highest risk of flooding. This is because our most productive farmland is disproportionately close to river and coastal flood plains, with 75% of the best quality land in the East Midlands and 95% in the east of England at the highest risk level.

A different approach to land use

We’re telling the government it’s time to introduce a comprehensive land use strategy. It must provide a planning framework to balance the competing demands for farming, housing and energy needs, while also meeting legally binding net zero targets. The planning rulebook, called the National Planning Policy Framework (NPPF), is due to be updated next year, and we want to make sure it prioritises a ‘brownfield first’ approach to housebuilding to reduce the pressure of development on our green fields. And the research we’ve just published shows there is an urgent need for a firm presumption against development on our best agricultural land.